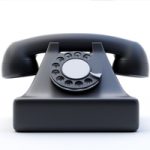 Hezekiah Walker is not a man who lives by the odds. In fact, he has made a life, and a preeminent career and ministry, by defying them. Born and raised in a public housing project in Brooklyn, New York, he grew up on some the meanest streets of inner-city America. In a place where most young men lived life in a revolving door between incarceration and the street, if they lived at all, Hezekiah escaped onto a path that would lead him to places he could scarcely have dreamed of as a boy.

While mayhem and murder played itself out just beyond the walls of his family’s small apartment, inside those walls rang the sounds of sweet Gospel music, and the church, rather than the street, was the center of Hezekiah’s life as far back as he can remember.

With natural, God-given gifts for music, Hezekiah was singing in his church choir, and performing as a soloist, from the time he was eight years old. Writing and arranging songs for a small Gospel ensemble in his mid-teens was only the first step in the odyssey that, more than a decade later, led to the forming of Hezekiah’s own ensemble, the 14-member Love Fellowship Crusade Choir.

The year was 1985, and 20/85 The Experience, the latest release by Hezekiah Walker and his now100-voice-plus choir, long-since known as simply LFC, joyfully and resoundingly marks Hez and the group’s twentieth anniversary.

In the beginning, Hezekiah envisioned LFC as nothing greater than a weekend outlet for the musical talents of himself and a handful of gifted friends. But the Almighty clearly had bigger things in mind. In fact, twenty years down the line, as Hezekiah has risen from founder and builder to leader of one of America’s cutting-edge Gospel choirs, one would have to say it has been quite an amazing journey, indeed.

20/85 The Experience, is the eleventh consecutive Top 10 Gospel album by Hez & LFC, since their 1989 chart debut, and it continues Hez’s hit making tradition of mixing high energy, modern R&B with traditional Gospel roots into a sound that can be credited with having had a major hand in birthing the now-pervasive genre of contemporary, urban Gospel.

Rather than being a repackaging of notable moments in Hez & LFC’s long history, 20/85 The Experience features twelve new songs, each of which, Hezekiah explains, relate in unique but very relevant ways to the many phases and stages of the choir’s long history. With Gospel artist, writer, arranger and producer-extraordinaire Donald Lawrence behind the boards, 20/85 The Experience is the perfect convergence of musical finesse and precision with unbridled spontaneity and excitement.

“Lift Him Up” is a high-energy explosion of pure, undiluted, traditional Sunday morning church that defies any living human being to sit still in the pew. LFC shines on “Faithful Is Our God,” a modern-day, choral and congregational anthem of praise destined to be sung for generations to come.

“On Tyme God” was produced by Tonex, one of urban Gospel’s greatest young innovators, who has followed through doors first opened years ago by Hez himself. The meeting of mentor and protégée produces an edgy, irresistible hip-hop gem that continues in perfect order the progression of carrying Gospel to new and exciting musical terrain for which Hez, and now Tonex himself and others, have become renowned and celebrated.

The mix of an up-and-comer like Tonex, and an established master such as Hezekiah, is not so much surprising as it is totally in keeping with the philosophy and outlook Hez brought with him into his first little gathering of musical friends back in 1985. While the lyrics Hez & LFC sing have always been firmly rooted in Scripture, Hezekiah is not shy to make it known he also has always kept an ear turned towards secular, R&B and pop music, while still holding onto his love for the traditional Gospel on which he was raised.

“I’ve always not only listened, but I study secular music and artists to stay in touch with what they are doing that attracts millions of people, especially young people,” says Hezekiah. “I try to incorporate that same excitement into Gospel music and what we’re trying to do for the Lord.”

Over the years, many songs by Hez & LFC have become nothing short of anthems for the young Gospel church, among them “Clean Inside,” “Jesus Is My Help,” “Wonderful Is Your Name,” “Power Belongs to God,” and “Let’s Dance.” With two coveted Grammy Awards, as well as numerous Stellar, Dove, Vision, Soul Train, and Gospel Music Workshop of America (GMWA) Awards to Hez and LFC’s credit, and Hez’s active and ongoing pastoring of the thriving Love Fellowship Church, which he founded in his native Brooklyn, New York, he is clearly a man in no mood to lay back and rest on his laurels.

Reflecting over two golden decades of music and ministry, Hez finds his encouragement in the simple recognition the work of God in his life. From a poor boy in a Brooklyn housing project to a pioneer of modern Gospel music, and all that he sees that portending for the next 20 years.

“I want to see the reach of the Love Fellowship Choir, and the Church, continue to grow in the amazing way it has over these years, and even more so. There is no end to the work we are called to do, or limit to the number of people who need to hear and know the saving message of Christ and the Gospel. And the Lord has given me confidence in what I believe, what I preach, and what I write and sing, now and over all this time,” he concludes. “When I look back over my life and see where God has brought me from, where I am today, and all the great things that still lie ahead, it’s impossible not to feel confident, and thankful, and trusting in Him.”