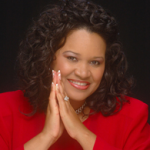 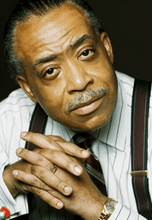 Rev. Al Sharpton is the founder and President of the National Action Network (NAN), a not-for-profit civil rights organization based in Harlem, New York, with over 47 Chapters nationwide. As one of the nation’s most-renowned civil rights leaders, Rev. Sharpton has been praised by President Barack Obama as “the voice of the voiceless and a champion for the downtrodden,” and by former President George W. Bush who said that “Al cares just as much as I care about making sure every child learns to read, write, add and subtract.”

Recently featured on the cover of Newsweek Magazine, the opening sentence in the story echoed what many have said about him even since he was a child prodigy: “If the Rev. Al Sharpton didn’t exist, he would have to be invented.” The Wall Street Journal in a cover story said Rev. Al Sharpton has grown from the premier politician of protest to the ultimate political pragmatist (Wall Street Journal, March 17, 2010), and this year, Rev Al Sharpton was selected to be profiled in a cover story in Ebony Magazine along with 7 others, including President Barack Obama, for the Ebony magazine Power 150 Edition.

In the October 19th, 2009 issue of New York Magazine, Rev. Sharpton was featured as the only African-American listed among the “Top 12 Most Powerful People in New York City. A USA Today/Gallup Poll conducted in July 2008 called Rev. Sharpton the leader in the country that Blacks turn to speak for them on the issue of race, second only to then Senator Barack Obama. In February 2007, Rev. Sharpton was called “the most prominent civil rights activist in the nation” by the New York Daily News.

Whether it was his noteworthy Presidential run as a candidate for the Democratic Party in 2004, or his compelling speech at the Democratic National Convention in Boston, Massachusetts, Reverend Sharpton has had an irrefutable impact on national politics and civil rights because of his strong commitment to equality and progressive politics. In April of 2001, Coretta Scott King hailed him as “a voice for the oppressed, a leader who has protested injustice with a passionate and unrelenting commitment to nonviolent action in the spirit and tradition of Martin Luther King Jr.” 47-years after the historic March on Washington where her late husband Dr. King delivered his “I Have a Dream Speech,” Rev. Sharpton and National Action Network recently led 30,000 people in the “Reclaim the Dream” rally and march.

Rev. Sharpton is a leader on issues regarding education and the fight to ensure equity in the U.S. education system that continues to fail its highest-need students, despite the 55 years that have lapsed since Brown v. Board of Education. President Barack Obama echoed this in his address at the NAACP 100thAnniversary Celebration when he exclaimed “the state of our schools is not an African American problem; it is an American problem. Because if Black and Brown children cannot compete, then America cannot compete. And let me say this, if Al Sharpton, Mike Bloomberg, and Newt Gingrich can agree that we need to solve the education problem, then that’s something all of America can agree we can solve. Those guys came into my office. Just sitting in the Oval Office – I kept on doing a double-take. So that’s a sign of progress and it is a sign of the urgency of the education problem. All of us can agree that we need to offer every child in this country – every child -”(President Barack Obama, July 16, 2009)

Throughout his career, Rev. Al Sharpton has challenged the American political establishment to include all people regardless of race, gender, socio-economic status, or beliefs. In fact, few political figures have been more visible than Rev. Sharpton in the last two decades. Rev. Sharpton’s oratory skills have served as a platform for making changes in the American social and political establishment. He is a nationally-syndicated radio host, T.V. personality, and columnist. He has four popular radio shows broadcast throughout the country, a nationally syndicated television show, and a column that appears in national newspapers across the country. He held billions of people spellbound as he delivered a riveting memorial for the “King of Pop” Michael Jackson—a close friend to Rev. Sharpton and National Action Network– and he gave a heartfelt and memorable eulogy at Michael Jackson’s private burial. On two occasions in 2002, Michael came to NAN’s “House of Justice” to discuss artist’s rights and fairness in the entertainment industry.

At the age of sixteen, Sharpton founded the National Youth Movement, Inc. which organized young people around the country to push for increased voter registration, cultural awareness, and job training programs. It was at that time that he forged a friendship with Teddy Brown, the son of the “Godfather of Soul” James Brown. Tragically, Teddy was killed in a car accident and, in the months that followed his passing, James Brown took Reverend Sharpton in as though he was his own and they developed an inexplicable bond. Rev. Sharpton was shaped by his surrogate father Mr. Brown who taught him, “You can’t set your sights on nothing little; you got to go for the whole hog.” Later Rev. Sharpton went on the road with James Brown and served as his tour manager. From 1994 to 1998, Rev. Sharpton served as the Director of the Ministers Division for the National Rainbow Push coalition under Rev. Jackson.

Early in his career, Rev. Sharpton set out to stoke the fire of the civil rights movement as “the voice of the downtrodden,” leading marches and rallies to call the public and the media’s attention to racial injustice. Rev. Sharpton’s direct action movements have been credited with inspiring laws on racial profiling and he has influenced police department reform across the nation while working to end police misconduct. Recent cases that Rev. Sharpton has been at the forefront of include the Jena Six case, the Sean Bell case, the Omar Edwards case, and the Troy Davis case. Past cases include the cases of Amadou Diallo, Abner Louima and Patrick Dorismond, to name a few.

Rev. Sharpton has also been at the vanguard of issues promoting equal standards and decency. He has held people accountable for perpetrating negative and racist stereotypes. He confronted the NY Post when they chose to print a controversial cartoon with racist undertones. He has called upon the recording industry to have standards for artists that don’t include the use of the “N,” “B” and “H” words. Reverend Sharpton’s integral efforts in getting radio host Don Imus off the air after the “shock jock” referred to players on the Rutgers women’s college basketball team as “nappy-headed hos” has further proven that Rev. Sharpton is an invaluable leader and his successful efforts to mobilize a broad coalition of prominent public figures urging the removal of Don Imus from the airwaves was nearly universally praised, receiving the support from newspaper editorial boards across the country and presidential candidates Senator Hillary Rodham Clinton and Senator Barack Obama.

Rev. Sharpton was recently in the forefront of the successful effort to block radio commentator Rush Limbaugh from inclusion in a group of investors striving to buy the Saint Louis Rams due to his history of divisiveness and his penchant for making derogatory comments about players that are anti-NFL and racially charged. In response to his effort to have Mr. Limbaugh sacked, MSNBC television host and political commentator Chris Matthews said of Rev. Sharpton: “I’m just saying you are a powerful voice in this country. When you speak out, let’s face it, the buildings shake. People do listen to you. You had a lot to do with the noise level here.”(October 15, 2009).

In the business world Rev. Sharpton has been successful in getting the private sector to engage in billions of dollars in contracts with minority communities. Sharpton’s stance on behalf of the disenfranchised has taken him, in his own words, “from the streets to the suites.” In 1999, in a united voice with African -American advertising agencies and marketing and media outlets, he launched the “Madison Avenue Initiative” (MAI) to ensure that those who do business with advertising outlets around the country deal even-handedly with agencies, media outlets and publications run by people of color. Sharpton’s work with the MAI has targeted major corporations, including PepsiCo, Colgate-Palmolive, Microsoft, and others, who have subsequently extended their advertising dollars to reach more of African-American and Hispanic communities.

Rev. Sharpton is a champion for human rights and is passionate about the key issues that involve confronting human rights violations. One of his career highlights has been contributing to the end of the United States Navy exercises in Vieques, Puerto Rico, which proved to be poisoning the environment on the island.

Rev. Sharpton says his religious convictions are the basis for his life and on most Sundays he preaches to congregations across the nation. Rev. Sharpton has two daughters from his marriage to Kathy Jordan Sharpton, Dominique and Ashley. Dominique works as the Membership Director for National Action Network and produces NAN’s weekly live radio broadcast. Ashley currently attends college at Hampton University.

Rev. Sharpton was educated in New York public schools and attended Brooklyn College. He has an honorary degree from A.P. Bible College.