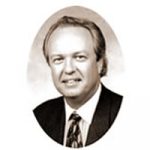 Teacher, pastor, civic leader, community servant, attorney and visionary are among the many roles of the Reverend Dr. David Jefferson, Sr., who has excelled spiritually, academically, and professionally and has made substantial contributions to numerous communities.The tenth of fifteen children of Mrs. Wrender and the late Ernest Jefferson, Sr., Rev. Jefferson was born in Doyline, LA, where he accepted Christ at an early age.

Rev. Dr. Jefferson received a Bachelor of Science Degree in Accounting from Grambling State University in Grambling, LA, and went on to build a strong and diverse graduate level education. Upon leaving Grambling State, Dr. Jefferson immediately enrolled in the University of Dayton, in Dayton, OH, where he earned a Master of Business Administration Degree in Marketing and Finance. He then received a Juris Doctorate of Law from Capital University in Columbus, OH. and a Master of Divinity from Drew University, Madison, NJ.

Dr. Jefferson is happily married to the former Linda Mouton (Moo-ton) of Jennings, LA. They are the proud parents of four beautiful children; Kimberly, David Jr, Lou Ella and Jasmine.