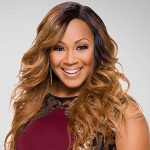 Former U.S. Congressman, the Reverend Dr. Floyd H. Flake is the senior pastor of the more than 20,000 member Greater Allen A. M. E. Cathedral of New York in Jamaica, Queens, and President of Wilberforce University in Ohio.  During his 31-year pastorate, Allen has become one of the nation’s foremost Christian churches and development corporations. The church and its subsidiary corporations operate with an annual budget of over $34 million.The church also owns expansive commercial and residential developments; a 750-student private school founded by Flake and his wife Elaine, and various commercial and social service enterprises, which has placed it among the nation’s most productive religious and urban development institutions.  The corporations, church administrative offices, school, and ministries comprise one of the Borough of Queens’ largest private sector employers.

Flake served eleven years in the U.S. Congress, and was a member of the Banking and Finance, and The Small Business Committees.  He established a reputation for bipartisan, innovative legislative initiatives to revitalize urban commercial and residential communities. Most notably, the Community Development Financial Institutions Act of 1993 contained provisions named the Bank Enterprise Act (BEA), authored by Representative Floyd Flake, which provided incentives for financial institutions to make market-oriented investments in destabilized urban and rural economies.

These BEA provisions along with the Community Development Fund Initiative (CDFI) continue to yield millions of dollars worth of direct and secondary investment for residential and commercial growth.  It also provides needed Federal Insurance relief for banks, and increased private sector capital flow in communities with declining economic fortunes.  The BEA has directly impacted the volume of residential mortgage and commercial lending in grossly under-invested locales.

In Congress Flake also concentrated on garnering Federal resources and projects for his community.  He won two regional facilities: The Federal Drug Administration (F.D.A.) and the Federal Aviation Administration (F.A.A.), at a cost of over $280 million, which generated more than two thousand jobs while also upgrading the stability and the aesthetics of the District.  He prevailed upon the Clinton Administration to fund the Nation’s first One Stop Small Business Capital Center (Jamaica Business Resource Center J.B.R.C.) which is the model for additional centers that are now operating in the Federal Empowerment Zones and provides technical assistance and loans to small businesses.

He also authored legislation to fund the expansion of JFK Airport and build the rail link from the plane to the train, which connects JFK to Jamaica and Penn Stations.  This has helped to further development of the Downtown Jamaica area.
The Greater Allen Cathedral’s operations are a national paradigm of church-centered, faith based, public/private community educational and economic development. Further, Allen’s administrative structure, efficiency, and development efforts have increasingly attracted international and national recognition in print and electronic media.

He and the church have been profiled on CNN, CBS, BET, C-Span, PBS, and in Time, Black Enterprise, Ebony, the New York Times, Readers Digest and Los Angeles Times, and many other publications.  He is a proponent of quality education and market-oriented community and economic development through speeches and lectures in corporate settings, policy forums, seminaries and divinity schools and countless other forums. He is an international lecturer and speaker and teaches at the Harvard Divinity School’s Annual Summer Leadership Institute.

Under the Reverend Flake’s leadership, and true to its Christian doctrine of self-help and communal responsibility, Allen Church has provided resources and guidance for innumerable faith-based and secular institutions.  Its net assets are valued at over $100 million.

Before assuming the pastorate of Allen Church, Reverend Flake served in various capacities at Boston University; Director of the Martin Luther King, Jr. Center, Interim Dean of the Chapel, and Dean of Students.  This followed successful stints as Associate Dean of Students at Lincoln University in Pennsylvania and Marketing Analyst for the Xerox Corporation.

Flake serves as a member of the following boards:  The President’s Commission on Excellence in Special Education; The Fannie Mae Foundation; The Princeton Review; The New York City Investment Fund Civic Capital Corporation; the Federal Deposit Insurance Corporation Advisory Committee on Banking Policy and the Bank of America National Advisory Board.  Flake is also a Senior Fellow at the Manhattan Institute for Social and Economic Policy, an Adjunct Fellow on the Advisory Board of The Brookings Institute Center on Urban and Metropolitan Policy, and a member of The NYC 2012 Olympic Committee.   He is also a former columnist for the New York Post.

Rev. Flake authored a best-selling book, “The Way of the Bootstrapper: Nine Action Steps for Achieving Your Dreams.”   He and his wife, Elaine co-authored the book, “Practical Virtues: Everyday Values and Devotions for African American Families”, published by Harper Collins.  His latest book the “African American Church Management Handbook”, published by Judson Press was released in December 2005.
The Flakes are the parents of four children.